The annual WKSE Kissmas Bash was held on Thursday night (12/12). I was there for a couple reasons, and as part of the event the host radio station also gave me an all access pass.

I didn’t think much about the pass initially. The bands scheduled to perform were very popular, but I wasn’t in the target demographic, and wasn’t really thinking about it as a photo opportunity.

At the start of the night I was talking with Paul Maurer, one of my friends from the radio station (Kiss 98.5), who is also a photographer, and I asked about taking some pictures. He said “go ahead, you’ve got the all access pass” and another rep and longtime friend, Don Tomasulo, said “yeah, go ahead until someone tells you to stop.”

So later in the night I found myself alongside the stage, and then in the photo pit right in front of the stage. I took some pictures of the band Icona Pop while they were on stage. These two young ladies have a couple of hits to their name, and sang along to backing tracks for their performance. After the performance, my daughters got to get pictures with them as part of a meet-n-greet.

Once I got my daughters back to their seats, I wandered around the arena little longer before making my way back down to the stage area for the evening’s headliner: The Jonas Brothers.

Of course I have heard of The Jonas Brothers, and although I’m not familiar with their music, I was pleased to see a full set-up for their performance including drums, keyboard, guitars, etc.

While I have taken pictures of some local bands before, and some music festivals, and I even won a photography contest at a local music festival, I had never been in this type of environment: right against the stage, thousands of screaming (mostly young girls) fans, with music thumping through your body while you shoot. The environment was pretty electrifying.

The brothers took the stage, one on guitar, the other vocals, alongside a backing band, and launched into what I can only assume was a string of hits. 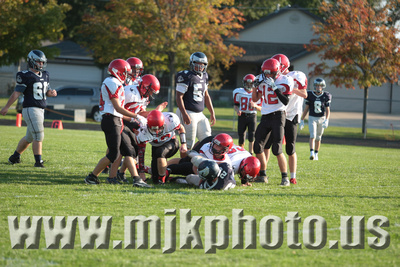 And I started snapping away.

While I was shooting I realized I had taken another step on my photography journey. I wasn’t just taking pictures; I was looking for cool effects with the stage lights, trying to frame Nick Jonas with the Kissmas Bash sign behind him, and looking for other effects. I even adjusted my settings once or twice to try to get some other looks from behind the lens.

Again I was right alongside professional photographers doing their thing, and fitting in with the group (I hope).

I think I got some good shots, and that was confirmed when my older daughter said “Dad, we have to get a lot of these developed.” I've put together a gallery of some of the images from the show.

Always nice to get a good review from a 15-year old critic.

So again, I am glad to have heard, and heeded my own advice to always bring the camera along, because there’s a picture out there somewhere. Sometimes you just have to look at every opportunity.